ARTIST SUMMARY: The Meadows Brothers will perform on the Topsfield Fair Picnic Area Stage on Columbus Day, Monday, October 13th, 2014. Dustin and Ian Meadows, who together make “The Meadows Brothers”, have created a quintessential band. They possess four main qualities that we know will make them a sure-fire hit with our Fair Patrons – variety, individuality, talent, and passion.

VARIETY & INDIVIDUALITY: From  Bill Monroe to Woody Guthrie and Robert Johnson to Johnny Cash, The Meadows Brothers have continuously been compared to the best of the best in the music industry. They pride themselves on adding a fresh, modern twist to one of the most classic and iconic genres in America:  Folk Music.  They also breach the lines of your typical genres by mixing together different elements. Dustin and Ian incorporate bluegrass, country, old time, and blues into their repertoire.

TALENT: Dustin and Ian’s musical abilities don’t stop at an instrument or vocals. Each of them plays multiple parts in the band, and Ian even writes most of the band’s songs. While they share the duties a co-lead vocalists in the band and each focus on their guitars, both Meadows Brothers also play other instruments. When Dustin’s musical career started out, he played the drums. He eventually picked up the guitar (per Ian’s request) and has even taught himself to play the harmonica! Ian rivals his brother, playing guitar, banjo and dobro! 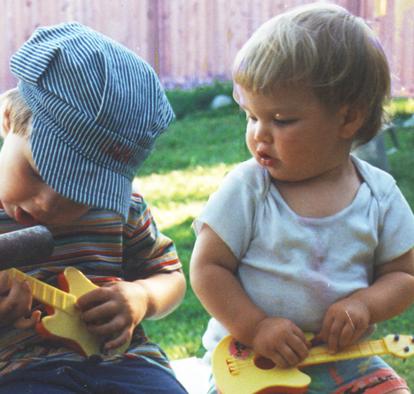 PASSION: Most music enthusiasts know – passion is an incredibly important trait in any performer – and the Meadows Brothers have it! They began playing music at a very young age and haven’t stopped since. The Brothers have released two albums (one as the Meadows Brothers, and one as a rock band they previously performed in), both of which were positively received by fans and critics alike. The Meadows Brothers pride themselves on a being a new and authentic, while connecting with fans through emotional performances and heartfelt lyrics.

COME AND SEE THE MEADOWS BROTHERS from 10:00AM to 12:00PM on Monday, October 13th at the Topsfield Fair. Plus, to keep up-to-date with all things “The Meadows Brothers” between now and the show make sure to check out their website, Facebook Page, Twitter, Instagram, and Youtube Channel!